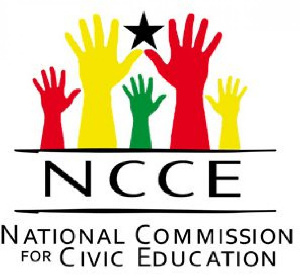 Mr. Benjamin Kyere, the Sunyani Municipal Director of the National Commission for Civic Education (NCCE) has appealed to Ghanaians to take the COVID-19 vaccine and help the government flatten the country’s pandemic curve.

He said though people who avoided taking the vaccine did not at their own peril, such behaviour also thwarted efforts by the government to prevent the spread of the viral disease.

Mr. Kyere gave the appeal when speaking at an engagement meeting on knowledge, attitude, and practices on the COVID-19 organised by the commission in Sunyani.

He reminded that Ghana Health Service (GHS) had declared December as COVID-19 vaccination month, and urged the populace to take advantage and go for the vaccine to protect themselves and people around them.

Mr. Kyere indicated the nation had recorded the Omicron Virus which was extremely deadly, and asked the populace to disregard myths and theories surrounding the vaccine and take their jabs.

“The myths and theories surrounding the vaccine are unfounded”, Mrs. Grace Abrafi, an official at the Sunyani Municipal Health Directorate stated and appealed to religious bodies to help in the campaign for more people to take the vaccine.

In an open forum, many of the participants commended the government for measures put in place to prevent the spread of the COVID-19 by making vaccines available to the people.