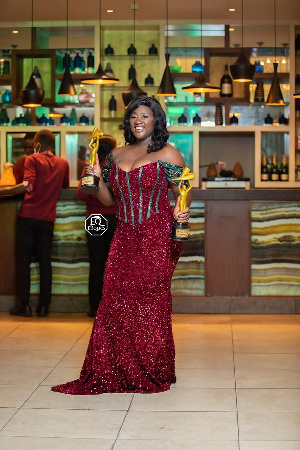 The Morning Show Host of Lucky TV was adjudged the Rising Star -Media, Female Outstanding Personality in Film and TV Show Host of the Year.

Miss Elaine is been recognized for her hard work just one year of joining the audio-visual media.

The glamorous third edition of the National Communications awards organized by RADCOM was held at the Labadi Beach Hotel on December 11, 2021.

The awards event was attended by some celebrities in the media and entertainment industry including the General Manager of Angel Broadcasting Network Mrs. Stacy Amoateng, Host of Standpoint Oheneyere Gifty Anti, and others.

Musician Camedoh put up some electrifying live band performances which got patrons dancing throughout the night.

The female face of Lucky TV has starred in movies and TV series such as A Sting in a Tale, Adams Apples, Hidden Passion, Game of Roses, Living with Trisha, Abene, Any more Women, Our Wives, Stale Mate, Candle in the Wind among others.

The latest series she featured in was titled ‘Home Sweet Home Next Generation, which airs on TV3 every Tuesday at 9 pm and Etvgh on Sundays at 8 pm respectively. 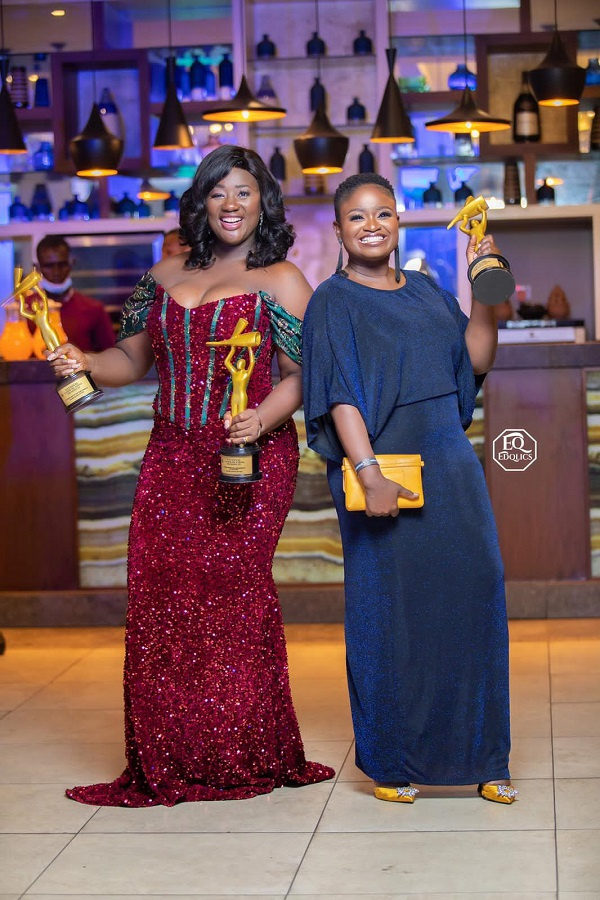