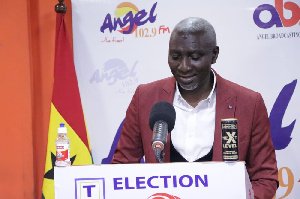 An International Diplomatic Consultant, Wahab Al Farouk, has urged the government of Ghana to protest the looming killing of the four Ghanaians facing the death penalty in the Kurdistan Region of Iraq.

According to him, if government fails to step in, the Kurdish authorities would go ahead to execute the Ghanaian nationals, currently having a brush with the law.

The death penalty for the four follows the alleged smuggling of food items suspected to be laced with narcotic drugs into the Kurdistan province fighting for autonomy.

Angel news sources have identified the suspects as Bismark Appiah popularly known as Osofo, Evans Akoto known in the community as Agala, who are both natives of Offinso in the Ashanti Region.

The remaining two are Naomi Osei Serwaa and Grace Tiwaah all of whom are in custody.

They ordered for powdered fufu, yam, cassava dough, powdery pepper, cassava powder (Konkonte), meat and shile to be bought and sent to them, something they usually do.

However, this time they were picked up by Kurdistan security – asayish – in their attempt to claim receipt of their delivered items from the delivery agency.

Mr. Wahab Al Farouk has therefore outlined some immediate measures government must undertake to safeguard the lives of its citizens.

He stated that the Ministry of Foreign Affairs and Regional Integration must seek clemency or do a diplomatic protest to halt the death penalty.

He was distraught that though Kurdistan has issued a statement regarding the alleged smuggling of the narcotic drugs, Ghana has not countered it.

He added that Kurdistan does not have a structured legal system and therefore it becomes difficult for a lawyer to intervene in some crimes.

“Let us not hide anything. Kurdistan would kill them if the country doesn’t move in. You can seek for a protest, seek for clemency, do a diplomatic protest to stop it,” he counselled.

Ghana, being a member of the UN Security Council must initiate the process to draw heat and attention from the international community and mobilize its diplomatic missions to stop the death penalty.

Ghana must put the issue of criminality aside and focus on the rights of its citizens, the diplomatic consultant stressed.