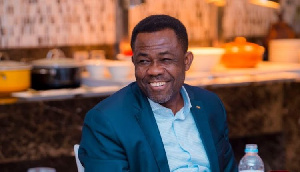 AFCON set to start on Janury 9

General Secretary of CAF, Veron Mosengo-Omba has visited Cameroon to meet THE Local Organising Committee of the 2021 Africa Cup of Nations amidst reports that CAF is considering a cancellation of the tournament.

Mosengo-Omba’s visit, according to CAFonline, was to intensify preparation ahead of the commencement of the competition that starts in less than four weeks.

However, a report by RMC is hovering in the African media indicating that the biennial tournament might be postponed on the account of the new COVID-19 virus called the omicron.

Also, European Clubs Association has stated in a release on December 15, 2020 that its members are not mandated to release their players to represent their countries within the period of the tournament.

Despite the controversies surrounding the start of the tournament, Omba urged the LOC to complete the preparations on a high.

“The meetings were important in getting a level of understanding on the state of readiness in Cameroon. There is a lot of work that is being done. We have to continue with the same momentum. We cannot rest. We have to work around the clock. I’m not resting, the LOC cannot rest. CAF cannot rest. Everyone must join the efforts. We want to see a great TotalEnergies Africa Cup of Nations here in Cameroon in January next year,” he said s quoted by CAFonline.com

“Together with the Minister of Sport, we discussed all the pending issues and the way forward.”he added

Ombo also gave an update on the works done so far.

“We have put the best support system for this competition. For the last few months, our office in Cairo and also the office in Yaoundé have been working closely with the Cameroon government and the LOC in ensuring that we create the best possible conditions for the visitors. We are working on a number of aspects now including ensuring the movement of the 24 participating teams, the commercial partners, and other stakeholders coming to Cameroon,” he said.