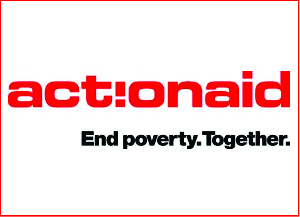 ActionAid Ghana has commended the Ghana Police Service for taking swift actions to ensure the law is enforced and the safety of Ghanaians especially women is protected.

This was after a police officer who harassed a lady in Sunyani in the Bono region was interdicted.

According to the Non-Governmental Organisation (NGO), they have been working over the last 30 years to eliminate violence against women and protect women from sexual harassment and assault, “we believe that this alleged breach of Sections 84 and 103 of the Criminal Offences Act 29, which deals with assault and indecent assault respectively, should be pursued with all seriousness and alacrity.”

“We have analysed statistics from the Domestic Violence and Victim Support Unit (DoVVSU) of the Ghana Police Service which indicates that as of August 2021, 31.9% of women have faced at least one form of domestic violence -physical, economic, psychological, social or sexual. These statistics are alarming and are indicative of the worrying prevalence of violence against women in the country,” a statement copied to GhanaWeb said.

John Nkaw, Acting Country Director also said, “ActionAid Ghana is concerned about the increasing rate of violence, harassment and assault against women and girls. It is even more worrying that such incidences are sometimes perpetrated by officers who are mandated to protect people and indeed should be the vanguard of the on-going campaign against sexual harassment and other forms of gender-based violence.”