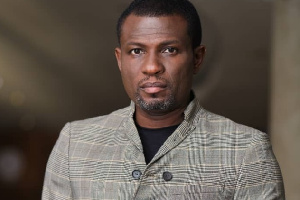 The Deputy Minister of Tourism, Arts and Culture, Mr Mark Okraku-Mantey, has assured stakeholders in the Ghana movie industry that their concerns over the renaming of the brand will be addressed.

His assurance follows concerns raised by critics about the industry’s new name.

Some have called for a review of the new name.

According to Mr Okraku-Mantey, the sector minister’s attention has been drawn to the concerns raised.

In a Tweet on Monday, 13 December 2021, he wrote: “I want to assure the sector that the matter is before the able Dr Awal Mohammed and as a listening government, the matter will be resolved.”

This follows a year of putting some selected names together for the industry.

Out of the over 400 names presented, the Brand Name Committee chaired by Professor Audrey Gadzekpo narrowed the list down to 10.

The public was then asked by the NFA to select 1 out of the 10 names.

The NFA settled on the name with the most votes.

At a ceremony to announce the new name held in Accra, the Brand Name Committee Chair said: “We took into consideration the popular votes”.

“We were faithful to the popular votes and we determined that we would only have a problem with the popular votes if the name is being used elsewhere or there are some other things that will compromise the name.”