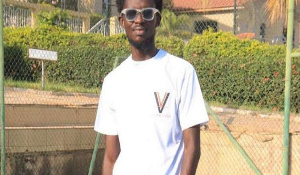 Ghanaian artist and cartoonist Original Bigwig artist, has explained his reasons for posting his works on the streets and in public spaces.

He added that people expressed their true emotions and feelings about his arts as compared to people he invited into his studios.

“This is where I get responses I needed for my works because when I invite people over to my studio, they are mostly people of intellect and do not express their feelings and concerns about the works well. But when it is on the street, that is where I get the true emotions of the people. People trying to understand the arts in their understanding, I feel the connection to how I will like to see people react to my works,” he said.

The talented artist disclosed that he liked to display his works in galleries until he realized the changes in society. He added that the nature of his works required peculiar attention from its audience.

“Previously I liked to hang my arts in Galleries and enclosed spaces, but I felt like putting my works there felt like a passive gesture. Considering the nature of my works and the rampant rise of social vices, I felt it required art that could summon audiences to pay attention. So, to engage an audience I recruit friends to help me paste my works in market places, public vehicles and bridges,” he explained.