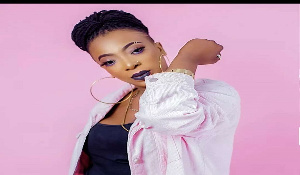 Ghanaian female rapper, Ohemaa Dadao has explained why she left her record label to become an independent artiste.

She debunked all claims she left her previous record label because her manager then attempted to harass her sexually.

Ohemaa Dadao noted that although she and her former boss no longer work together, there is no bad blood whatsoever amongst them.

“Sometimes I wonder where these bloggers get their stories from because I have no idea and I also do not remember going on any platform to say anything like that so it’s amazing to hear such things,” she stated.

The talented rapper emphasized, none of the rumors ever happened and advised bloggers to watch what they put out there concerning musicians and their careers.

“Some of them write a lot forgetting what they write can destroy the reputation of the artiste. They should be careful what they put out there,” she cautioned.