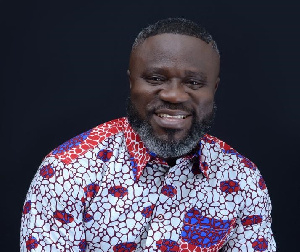 Former Member of Parliament for Asante Akyem North, Kwadwo Baah Agyemang who was on June 6th, 2019 secluded from participating in any organised event by the NPP in the constituency has been reinstated with full rights.

In a letter signed by the constituency secretary Boateng Williams, it said the former MP since his letter of seclusion has demonstrated good conduct and has contributed in cash and kind to the NPP and in particular the Asante Akyem North constituency.

This, the letter stated showed clearly that the former MP was a true party person.

Accordingly, the release noted that his reinstatement takes effect from today, the 13th day of December 2021.

The letter makes it clear that the decision by the constituency was taken at a review meeting by the Disciplinary Committee of the NPP at Asante Akyem North.

It further posits that it has been endorsed by the National Chairman of the NPP as well as everybody that handles such matters.

The statement grants in full every right due to every member of the party.

It reiterated the point that the former MP now has every right to appear and partake in every activity of the NPP particularly every event by the Asante Akyem North constituency.

Speaking on this latest development, Hon Kwadwo Baah Agyemang said it was true that he had been reinstated as a party member with full rights.

He said a copy of the letter had been made available to him.

Hon Agyemang thanked the executives for the decision and pledged his full commitment to serving the NPP in any capacity available for him.

“I am a true party member who believes in the party and everything it stands for and I am happy that this decision reaffirms my resolve. I thank God and give Him all the glory and the executives for vindicating the heart I serve the party with,” Hon Agyemang stated with a low tone. 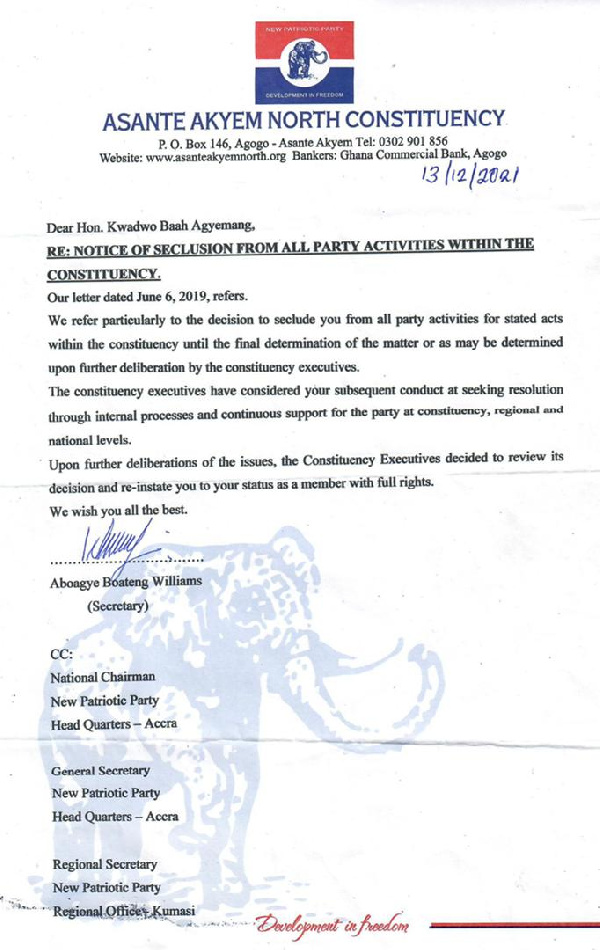