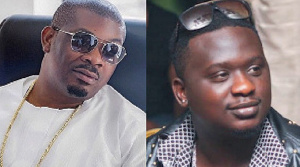 Veteran music producer, Don Jazzy has disclosed how he was hurt when one of his artistes, Wande Coal exited his record label in 2013.

Speaking in a recent interview on The Afrobeat Podcast, Don Jazzy said Wande Coal’s exit from Mo’hits record label, now ‘Mavin’ got him devastated because he (Wande Coal ) was like a child he raised and he had to let him go as an adult.

According to him, “Wande Coal is a genius and a music vocalist who we found when we went for a show in UNILAG.”

“Every separation hurts whether amicable or not. Wande’s exit was like when you train a child and then he has to go when he’s an adult. It hurts because I had to start building again, friendship and all of that. You’ll know Wande’s exit hurt me because I had to tweet about it.” Jazzy stated.