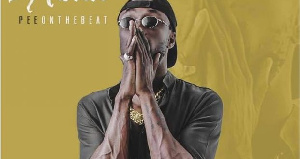 Ghanaian musician and producer, famously known as E.L has opined that the issue of cyberbullying will never end so long as humans are involved.

“It’s not easy but that thing you have to pass through because it’s not something that will stop entirely,” he told Amansan Krakye.

He added, “I know there are movements and people out there who are trying to advocate for it to be penalized and put a stop to it”.

Speaking on the Kastle Entertainment Show, the ‘Koko’ hitmaker said so far as human beings continue to hate and fight each other, cyberbullying will never stop.

He said “As long as human beings are involved we’re always going to be antagonizing each other and fighting each other so negative comments will always be online.

“I think if you know yourself and who you are nothing anyone says online will worry you too much,” he ended on Kastle FM in Cape Coast.