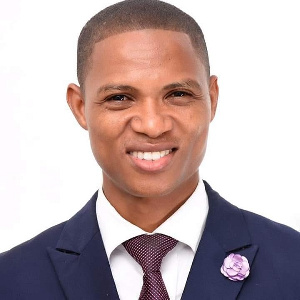 The Human Rights Court 1 on Monday 13 December 2021, adjourned the case between the main opposition National Democratic Congress Member of Parliament for the Madina Constituency in the Greater Accra Region, Mr. Francis-Xavier Sosu, and the Ghana Police Service.

Mr. Sousu is praying to the court to prevent the Inspector-General of Police (IGP), Dr. George Akuffo Dampare, and the Ghana Police Service from attempting to infringe his rights.

The Madina MP sued the IGP over attempts by the police to ‘unlawfully’ arrest him.

The suit is challenging the first and second arrest of Francis-Xavier Sosu, who led his constituents to demonstrate over some bad roads in his constituency that resulted in the blocking of the Madina-Aburi highway by the demonstrators.

The MP maintained that all the attempts by the police to arrest him were unlawful because there was no basis for his arrest after the demonstration.

He accused the police of being insincere with the matter.

“Every demonstration leads to the obstruction of roads, hence the invitation to the police to supervise all demonstrations in the country,” he said.

Mr. Sosu, who failed to appear in court twice, added that, as a lawyer, he cannot set out to disrespect the court and that he arrived in the country on a Delta Airline flight at about 3:00 am on Tuesday, November 16, 2021.

“It is the reason I couldn’t make it to the court when the police case was called at Magistrate Court,” he explained.