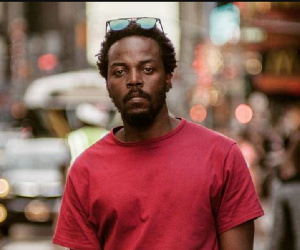 Emmanuel Kofi Botchway, popularly known as ‘Kwaw Kese’ has dared individuals who think laws don’t properly function in the country to boldly commit a crime and experience the consequences when caught.

The popular rapper said individuals who have once been arrested and jailed can testify how the law rigorously deals with offenders in this country.

Ghanaians have the popular notion that the country’s laws are somewhat lenient with criminals, especially after realizing that some corrupt individuals including public figures have been made to walk scot-free after committing all sorts of crimes.

But the ‘Abodam’ hitmaker who is an ex-convict thinks otherwise.

The popular rapper in an interview with Cape Coast’s Kastle FM has recounted how he was sentenced to a day’s imprisonment plus a GH₵1,200 penalty fine for smoking marijuana sometime in 2015.

“Most people criticize government agencies and they always claim that those institutions aren’t working. So when you offend and those agencies get hold of you that’s where you’d realize that the laws actually work. People might think that the law doesn’t work because they always hear people taking bribes among other things. So this thing should serve as a deterrent for us to be disciplined and do things right, what you know it’s bad don’t do it,” he stated.

He also made references to instances where the likes of Medikal, Shatta Wale, and Funny Face were arrested and remanded for various crimes, adding that the law is no respecter of persons.