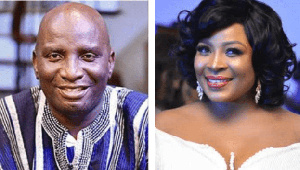 It is recalled that the Chairman of the Film Classification Committee, Socrates Sarfo in an interview on Peace FM said the renaming was unnecessary.

He explained that film industries all over the world do not go on meetings to choose their brand names hence the decision was needless and should not be taken into consideration.

She took to her social media and said: “what is the name of the Ghana Film Industry again? Someone, please wake me up…I’m still dreaming.”

The new name was out doored on Wednesday, December 8 in Accra to make Ghana a content and co-production hub, the NFA said.

‘Blackstar films’ was selected from 400 names that were suggested by the general public when the process for rebrand started over a year ago.

Even though some are vehemently against the new name, others have accepted it in grand style.