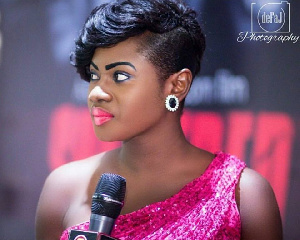 Popular actress, Martha Ankomah has insisted that she does not have a child as most Ghanaians claim.

Reacting to popular assertions that she has a son after social media users chanced upon a picture of her and a boy sometime back, Martha Ankomah said;

“But I want to use this platform to correct the notion; I have never been pregnant and I don’t have a son”.

Speaking in an interview with Accra Fm on Thursday, December 9, 2021, Martha Ankomah issued a disclaimer;

“The boy in the said picture is the son of my sister and not my own son.”

Miss Ankomah, who began her acting career at the National Theatre during the days of Fun World, a talent hunt programme in the early 1990s, explained that aside from acting, she can also sing.

“I started singing at the Church of Pentecost “, she said, adding that she is a fan of gospel music.