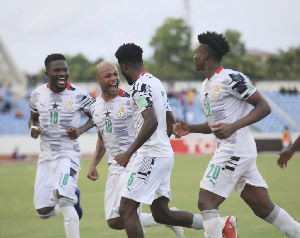 The Ghana national team will face Algeria on January 5, 2022, before travelling to Cameroon for the 2021 TotalEnergies Africa Cup of Nations (AFCON) tournament.

The delayed tournament is finally set to come on next month with as many as 32 countries expected to converge in Cameroon to fight for the continent’s most prestigious trophy.

According to a statement issued by the Ghana Football Association (GFA) today, it says the Black Stars will have the chance to play three matches before the start of the tournament.

The statement notes that the national team will travel to Doha, Qatar, for a pre-tournament camp on December 22.

There the Black Stars will play all the scheduled three matches. Although the opponents and dates for the first two friendlies are unknown, the GFA has disclosed that the final friendly will be against Algeria on January 5.

Two days later after that game, the Black Stars will travel to Cameroon to prepare for the commencement of the 2021 AFCON.