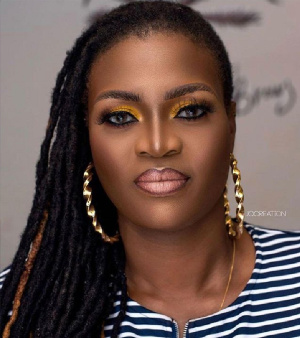 play videoAyisha Modi is a music investor and an artiste manager

Comedian Waris opens up on relationship with Ayisha Modi

Abdul Waris Umaru popularly known as Comedian Waris has disclosed the status of his relationship with Ayisha Modi.

Waris has described the popular music investor as his god-mother and a strong pillar in his career.

It is no secret that these two have shared a strong bond as they have been seen on several occasions commenting under each other’s post and vibing on social media.

Ayisha Modi, to further prove her friendship, recently gifted Waris a half plot of land which sparked countless reactions on the internet.

Following the gesture, many people have wondered why Waris would chose to mingle with someone like Ayisha Modi who has established a fierce and controversial brand for herself in the showbiz industry.

But touching on the issues and public rants, the popular comedian during an interview with Talkertainment on GhanaWeb said;

“She is my wife. Ayisha is like a god-mother to me. She has done so well for me and supported my brand. She has taken me places I never dreamt of. We need people like her in the industry. Sometimes you see a talent and it is evident all that talent needs is money and Ayisha has been playing that kind of role in my life. She supports me with every other thing I need in life. I must say I appreciate her so much and I’m grateful.

“She gave me a piece of land. A half plot. I’m planning on erecting a poultry farm on it,” he told the host, Elsie Lamar.