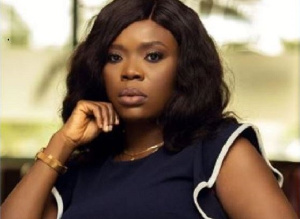 A man will cheat even with a uniform, Delay told

Television presenter, Deloris Frimpong Manso, is wondering whether or not, married men must be made to wear uniforms as proof of their marital status.

According to Delay, it seems the wedding band which is worn on the ring finger of a man to symbolize that he has already taken a woman as his wife, no longer serve its role.

“Married men should be provided with uniforms. The ring is not enough. True/False?” Delay wrote.

There have been stories of men who deliberately remove their rings just to deceive single women who might buy into the idea that they are ‘single and ready to mingle’.

However, with the introduction of uniforms for all married men, it will be easy to fish them out. One could only imagine the number of marriages which could be saved.

No matter what you do, nothing can stop a grown man or woman from cheating, this is according to tweeps who have reacted to Delay’s call.

Efua Achiaa on Twitter noted that nothing can stop a man from cheating. “B33ma dwamanfuo de3 wop3 koraa fa monitor bo ne nae plus the ring and the uniform he’ll still find a way to look like he’s unmarried.”

Another, Kofi Kofi added his two cents: “Men don’t need to look unmarried odo, cuz most of these young girls even like the married men trust me.”

A third, Paulson added: “If he will cheat he will cheat ooo, remember way back SHS male students will remove their uniform then put it inside their back pocket, u will never know their students until see dem in school.” 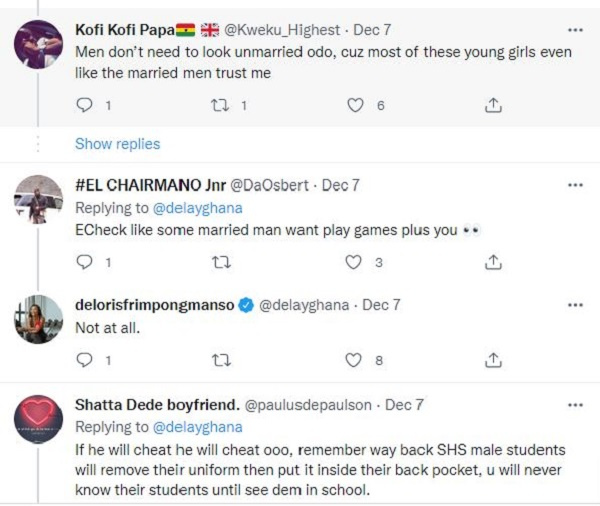 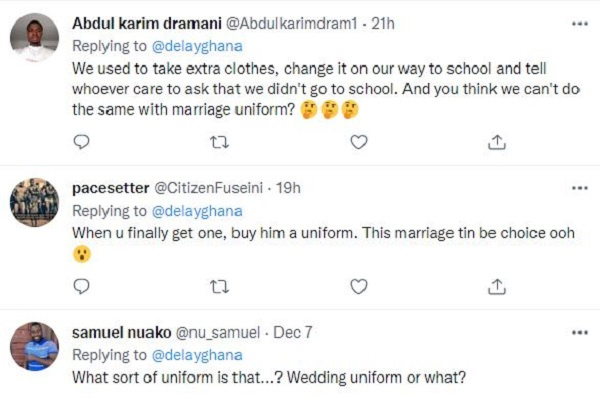 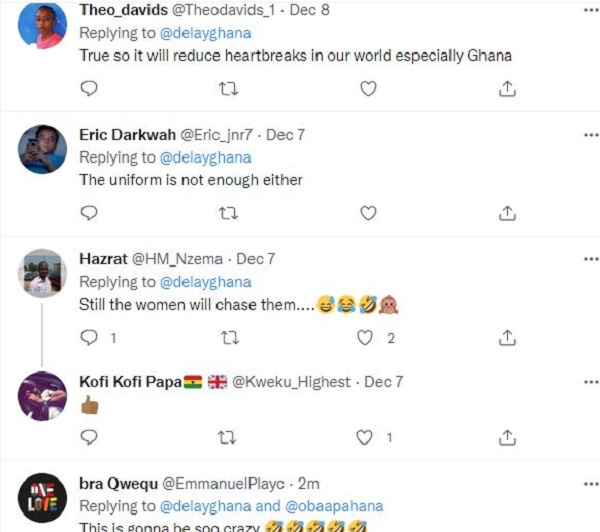