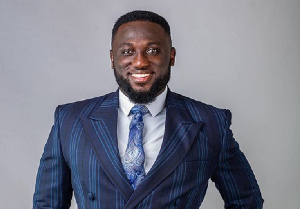 Ghanaian gospel musician, MOG has disclosed that he is abreast with the procedures involved in either winning a Grammy award or bagging a nomination.

Touching on the assertion that Ghanaian gospel musicians fail to aspire for international awards, MOG said he intends to boost the morale of his colleagues and also help them grab some.

The ‘Be lifted’ hitmaker in an interview with Hitz FM monitored by GhanaWeb said;

“I have the blueprint, I’ll share with my colleagues. I’m not going to keep it to myself…moving on next year, we will work on it and see what comes out of it.”

He also established that his recent research revealed processes involved in gospel musicians presenting materials to such international award schemes.

“I was able to connect with people who work on these boards and they gave me the criteria, the process, how we (Africans) can get into that space,” he said.

MOG also squashed the popular notion which suggests that it is extremely difficult to gain recognition in the Grammys.

“It’s very open, but because we haven’t researched on that side, we think it’s impossible. People connected to these awards claim that they have never received any request for nominations from Ghana (Gospel Artistes).”