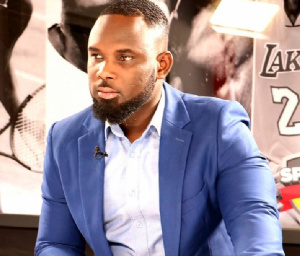 Xandy Karmel’s husband, Kaninja has sent out a cryptic message to critics for the second time in a long time following his marital glitches with his wife.

Kaninja in a social media post somewhat suggested that his enemies have missed the target to destroy him.

Xandy’s estranged husband also spoke about how he was earlier warned about his current struggles adding that he anticipated it.

Unclear what particular struggle he is referring to, Kaninja posted a picture of himself on Instagram with the caption;

“We were warned of the fight ahead so we were ready before the boxing ring was mounted. Though we are the target but the punches are misdirected.”

This is the second time Kaninja has publicly spoken amidst issues surrounding his marriage.

It can be recalled that the first time, Kaninja was captured trading verbal blows with ZionFelix who questioned the whereabouts of his wedding ring.

“You are having sex with someone’s beautiful daughter but not married to her. Has anyone posted you asking when you will marry her? You are rather asking me where my ring is. You know very well that when driving, the left hand is usually used to record videos. B3l3 b3l3,”he earlier blasted Zionfelix.

Meanwhile, Xandy Kamel has admonished Ghanaians not to attach or associate her name to her husband, Kaninja who also happens to be a colleague worker at the Angel Broadcasting Network.

Xandy Kamel made these comments after she got back from a short trip to ease her marital stress.