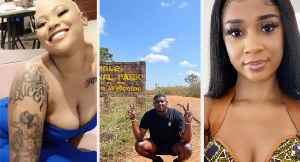 Sister Derby has gone public with her relationship

According to a popular Snapchat blogger, ‘Sel the bomb’, Sister Derby’s boyfriend was once in an amorous relationship with the popular sex worker.

One can recall that Derby recently flaunted her new ‘talked-about’ boyfriend on social media which sparked countless reactions from Ghanaians.

This was after Twitter users forcefully unravelled the identity of Sister Derby’s boyfriend after a video of herself and the unknown man locking lips on a beach in Zanzibar, Tanzania, went viral.

But in a recent development, it appears more information about the ‘man in question’ has surfaced.

In a bid to drop some vital information about Sister Derby and her new found love, the Snapchat blogger said;

“Nice to see how Sister Derby is now living happily with David her boo. Dude is Queen Farcadi’s baby daddy. He got a couple of girls before derby but it doesn’t matter now. They should live happily.”

Queen Farcadi on the other hand has confirmed the rumours adding that she is not bothered about her ‘baby daddy’ and Sister Derby’s newfound relationship.

“What’ going on with my baby daddy issues? He is a good father and pays his dues with my kids so what’s up? I love babies so I will keep on making them. You all should let him have fun,” she wrote on Snapchat.

Read the posts below 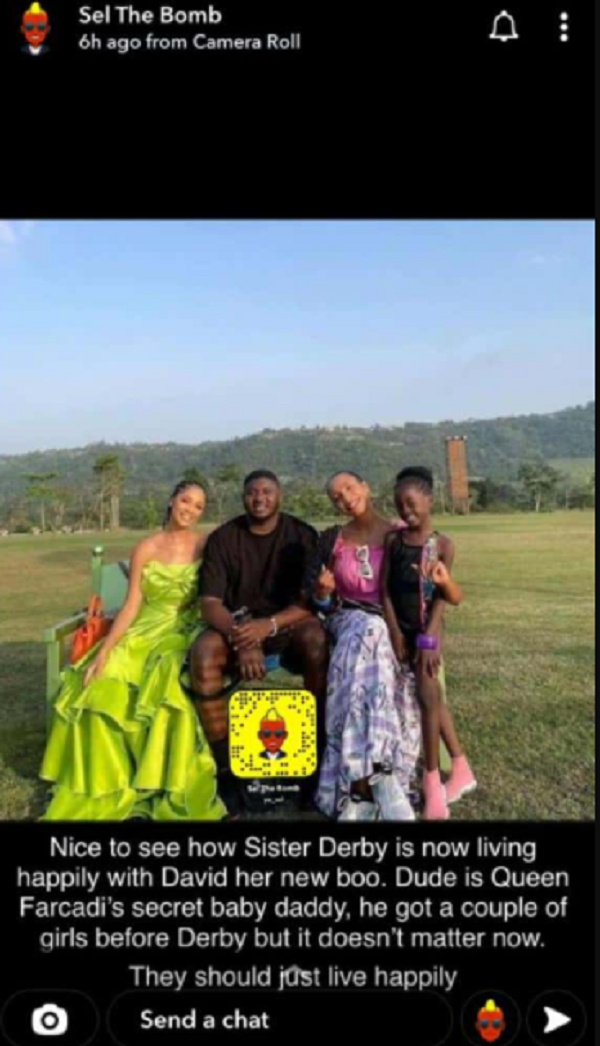 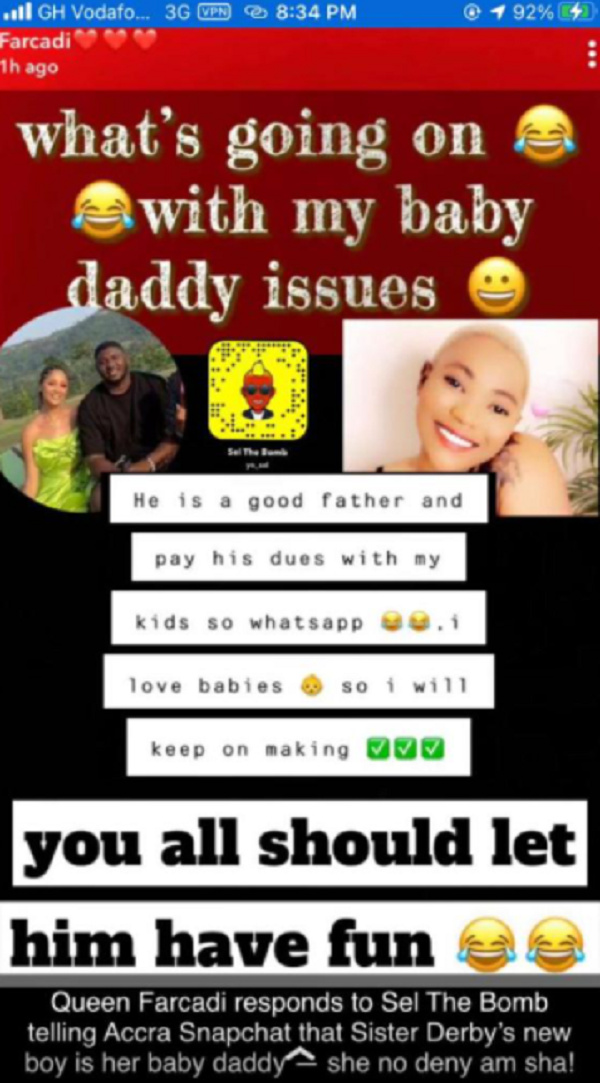