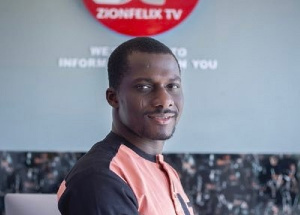 Zion who is a publicist and a social media marketer is regarded as one of the most influential bloggers with a huge following across major social media platforms.

In his latest revelation, Zion noted that he has love for investment, adding that he is next in line to becoming a household name when we talk media.

He named, owner of Despite Meia, Dr Osei Kwame Despite, CEO of Angel Broadcasting Network, Dr Kweku Otend and Kwasi Twum, CEO of The Multimedia Group as his source of inspiration.

“2 key things to learn from this guy called @zionfelix_daily 1. His love and passion for his (blogging) business, 2. His love for investment. The future Kwame Despite featuring Kwasi Twum & Kwaku Oteng,” the post read. 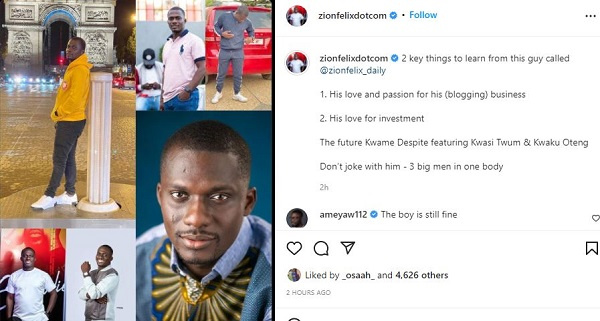 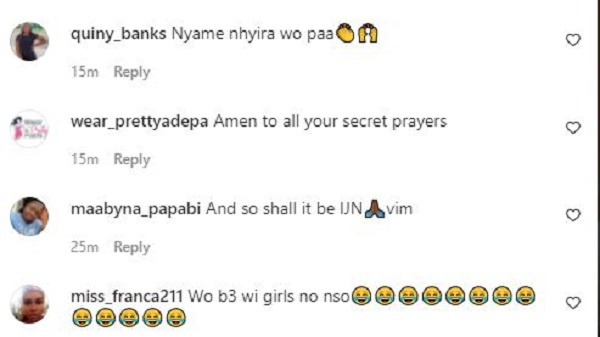