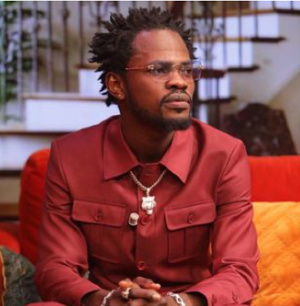 Fameye prophesies into his life

I will soon be the GOAT in music – Fameye

Fans of Fameye encourage him

Ghanaian musician, Peter Famiyeh Bozah, better known as Fameye, has stated that he doesn’t need a soothsayer to confirm to him that he is destined for greatness.

Fameye who believes in the beauty of his dreams says he will soon be regarded as the ‘GOAT’, greatest of all time in the music scene.

Although he might currently not be counted among Ghana’s biggest artistes, he believes that his song will be heard in all corners of the world.

Known for his motivational songs, Fameye in a tweet wrote “I will be the greatest and I need no one to make me believe I believe.”

Reacting to the post, tweeps noted that Fameye is one of Ghana’s talented musicians and with time, he will blow the minds of music lovers.

His followers also shared testimonies of how his songs have been their source of motivation.

“Only God knows how you’ve motivated me to do music, I almost quit cuz I never believed in me,” Kobby on Twitter wrote.

Another, Tole Kofi encouraged the singer to strive for the best. “Thanks for believing yourself that you can make it to the sky and I promise you that you will absolutely make it bro,” he wrote.

Fameye in December released a single titled ‘Mercy’ which is already making waves. 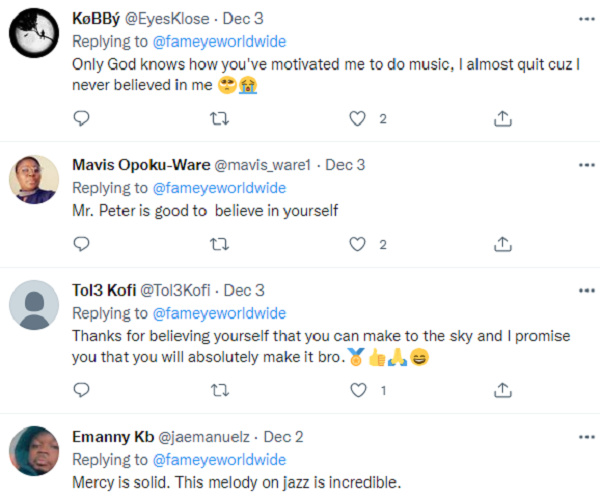 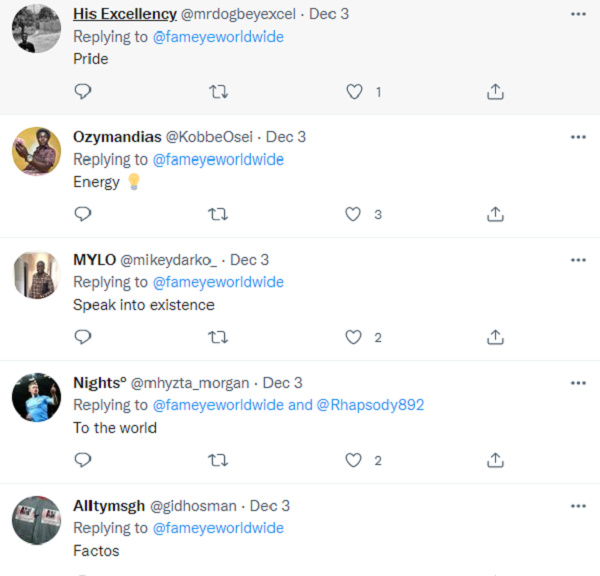