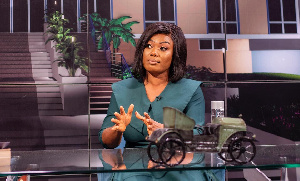 Bridget Otoo request for a husband who can cook and clean

Bridget Otoo has stated on social media that she is looking to find a man who can clean and cook all day in the week to be considered for marriage.

The contentious Ghanaian newscaster, Bridget Otoo, made this statement on her specifications for the kind of man she will desire to marry and what is expected of him to be considered on Twitter.

“I’m looking for a Ghanaian man, marriageable material who can cook and clean 24/7 to marry”, she tweeted.

Known for being direct and candid, Bridget Otoo’s demands did not only raise eyebrows but also attracted a lot of comments from fans.

Her demands for the type of man she described are alien to the Ghanaian culture except to the western world.

Also, specifically, she stated “a Ghanaian man”, unless then she is looking to settle with a Gen Z which will mean a man younger than herself who has no problem with her demands.

Check the reactions below: 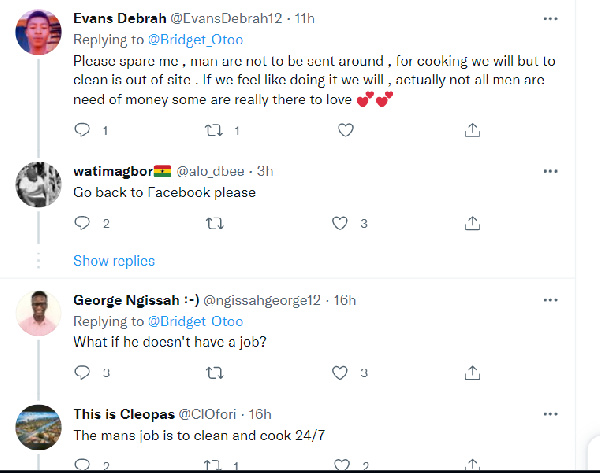 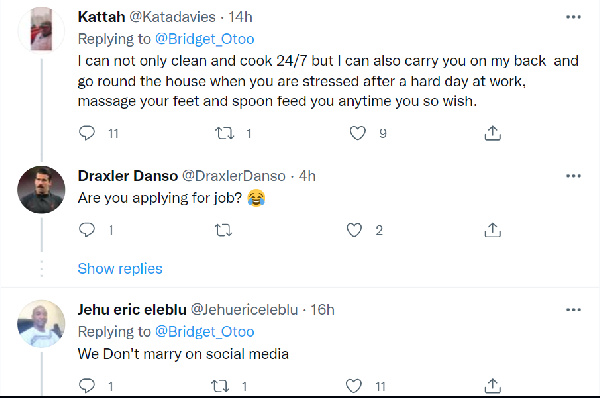