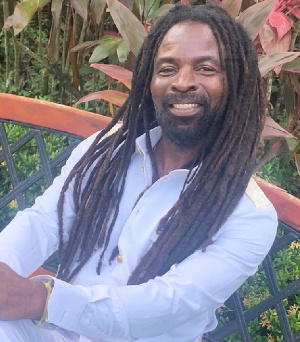 Rocky Dawuni shares he is a farmer and believes in agriculture

Aside from being an entertainer, Rocky Dawuni owns a coconut farm, mixed vegetable, cocoa farm and others. He references Adam Smith in his economic theory saying, “Land is the most important thing. So once you have land, you can be able to build anything on it.

“I am a strong believer in agriculture” and that he believes farming is good for mental health. He also emphasized that working in a garden mixed with plants provides healing.

He stressed food sovereignty as he claims, “These days all the food is being mixed with chemicals, toxic stuff… they will look nice, but you do not know what chemical you are ingesting.”

He strongly believes winning back food sovereignty should be encouraged.

Farmer’s day is a day that honours farmers in Ghana, and he is glad to be part of the entertainers who are celebrated farmers. Rocky Dawuni thanked all farmers for contributing massively to the growth of the economy of Ghana.