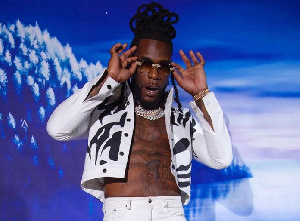 For many years, Burna Boy was just another artist. Then in 2017, he blew up. Here is the true story of how he found his feet and became the best there ever was.

So it happened that Drake’s foray into different afro and Caribbean sounds for his 2016 album, “Views” was a successful experiment after all. His work with WizKid, “One Dance” shone as one of the best songs of that era, and Drake was all for it.

In 2017, he decided to do something similar again, by creating an album with such eclectic vibes. And, he requested that various artists submit music that’ll inspire that playlist.

Burna Boy, who was beginning to gain some traction in the industry submitted about five songs of his to Drake. One of those songs was “More Life,” the first song on the album he’ll drop later on.

Drake didn’t end up using the materials Burna submitted. He only got some pieces of it chopped apart and added to some little segments on the album. Drake named the album “More Life,” though.

For someone like Burna Boy, an opportunity to work with Drake and be included on his project back then was a huge feat. But Burna Boy wasn’t really included. He must have felt a little bit disrespected even.

By 2018, he had repurposed the materials he submitted to Drake and created an album out of it. That album was what inadvertently started the Burna Boy era. His huge hit single, “Ye” was from that album.

If the situation that happened with Drake happened differently, a lot of things could’ve happened and we might never have had this Burna Boy, this African Giant that we currently have now. And, it all started the moment Burna Boy wanted to work with Drake, arguably the most popular artist in the world today.