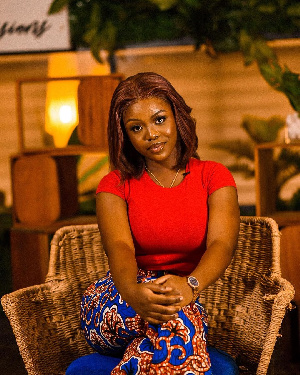 Film Director and writer, Martinezz, has described the ‘Forever’ hitmaker, Gyakie, as a talent that Ghana needs to strongly protect.

This came up while he was giving his opinion on whether the singer deserved the ‘Next digital star’ award which she bagged at the just ended Y-Rated awards organized by Y107.9FM.

Having this discussion on Happy FM’s Showbiz Xtra, he acknowledged that it comes as no shock that Gyakie won this award because she is also now the most-streamed Ghanaian female artiste on Spotify and that proves she deserved the award.

“Her songs are all very good and she is one artiste that needs to be protected. Her song ‘Forever’ for instance, was very big even in Nigeria, to the extent that Omah Lay had to jump on it for a remix and this tells us how hardworking she and her team have been and she’s also very talented”, he said.

Martinezz attributed Gyakie’s great musical skill partly to the fact that her father, Nana Acheampong was also a legend. “I believe her father’s influence also plays a role because looking at the impact her father had on the music industry, she has definitely had a few tips from him to help her through her craft”, the film director indicated.

He again expressed that Gyakie is one artiste who will soon take the global stage, hence, Ghanaians need to rally behind her and give her all the support she needs in this male-dominated industry.

Talking of males, he urged Ghanaians to keep supporting the other amazing new talents too like Black Sherif, Yaw Tog, Amaarae, and the others.