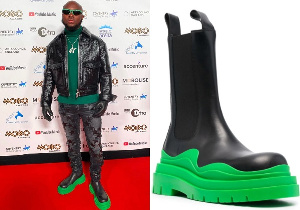 Ghanaian singer, Gregory Bortey Newman, better known as King Promise has once again got fans talking with his fashion sense on the red carpet of the MOBO Awards which went down on Sunday, December 5.

Promise who was spotted in a Bottega Veneta Tire chunky-sole boots estimated at US$1,834 complimented his look with black pants and a leather jacket.

Over the years, the singer has proven that he has a love for huge boots and sneakers. This has earned him the nickname ‘Mr Camboo’.

The ‘CCTV’ crooner is sure to turn heads on every red carpet especially with his footwear.

In June this year, the singer spoke extensively on his love for sneakers and boasted about how expensive they were.

“I hear that a lot; that I like wearing big ‘camboos’. Because of how it looks, people might probably think it’s cheap but some of my sneakers actually cost a couple of thousands of dollars. To people who are really into sneakers, they will understand”, he said on GhanaWeb TV’s Talkertainment.

Check out some reactions below: 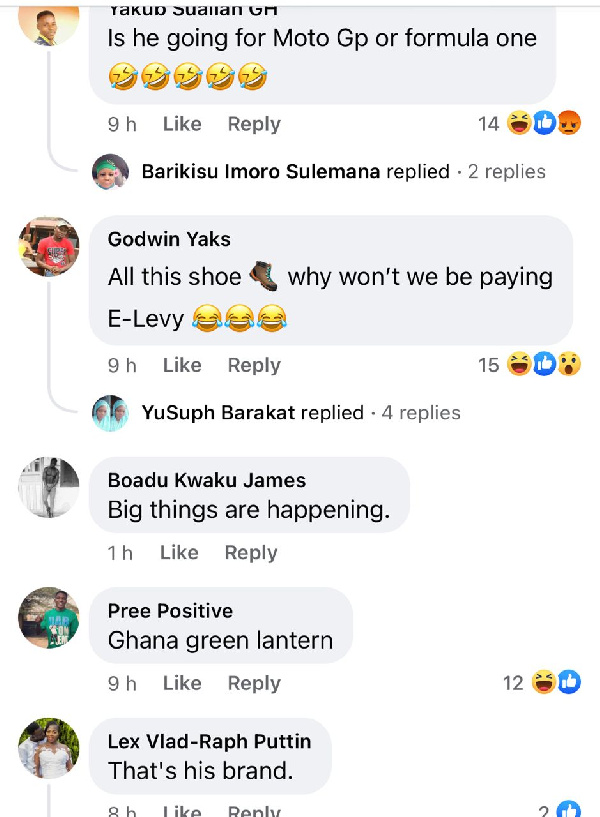 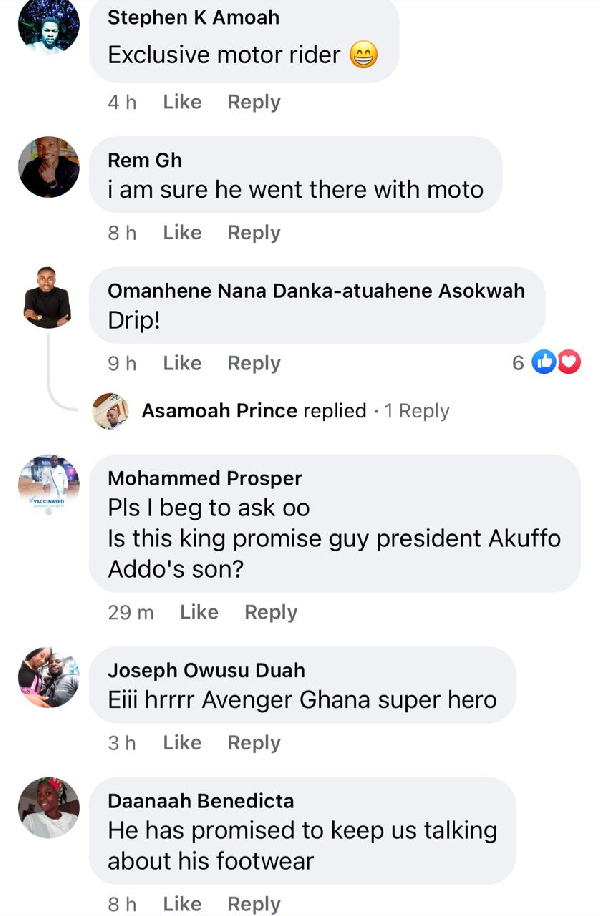