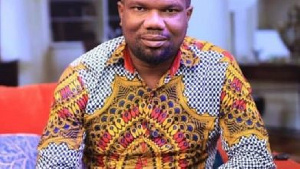 Director of Communications for Film Producers Association of Ghana (FIPAG), Peter Ekpe Mawuli, popularly known as Abro, revealed that the place intended for the Kumasi Film Theater has been taken over by grasscutters. He also blamed successive governments for the woes of the creative arts industry.

Some showbiz personalities have questioned the government about the lack of representation of the entertainment industry in the 2021-2022 budget statement.

In an exclusive interview with Onua FM’s Christian Agyei Frimpong on Anigye Mmere, Abro said that successive governments do not take the art serious. He pointed out that from the days of the former president, the late Jerry John Rawlings era, no government has fulfilled promises made to the creative art industry.

“Since the days of President Rawlings, no promise made by politicians to the creative art practitioners has been fulfilled. Name just that they’ve done. Some of these things politicians do provoke us into anger. We often keep our cool because of the position we hold.

“Apart from Accra, we don’t have any theatre in the country. The NDC government promised to raise the cultural centre in Kumasi to an ultra-modern standard, it never came to pass. Likewise, the NPP also tried doing something about it. Up until now, it’s hanging,” Abro bemoaned.

“We were here when Honourable Babra Oteng Gyasi met us at Golden Bin Hotel. They showed us the proposed site for the Kumasi movie theatre. Now grasscutters have taken over the place.

“It is very bushy. If you come to Kumasi, I will show you the place, come and set a trap at that place. We will get more grasscutters there. I’m counting on Honourable Mark Okraku Mantey to do something for us because he knows our problems,” he concluded.