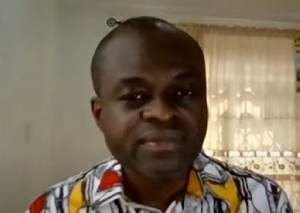 Private legal practitioner, Martin Kpebu has stated that it was the height of incompetence for the government to abandon its mantra of taxation to production and rather introduce a policy like the Electronic tax (E-levy).

He is particularly concerned that the New Patriotic Party in opposition had slapped a label of incompetence on the John Dramani Mahama administration and shouted to the heavens about how they would do things better, only to introduce a policy like E-levy.

“It is such a shame that after shouting to the highest heavens that we have the men, we can do everything, Mahama should get out. We will show how a government is run and then you end up with this sham. This is the apogee of incompetence,” he said on Citi TV’s “Big Issue” new analysis show.

He singled out Finance Minister Ken Ofori-Atta, who was part of the Occupy Flagstaff House group that consistently accused the Mahama administration of incompetence only for him to be handed the economy and his solution is to engage in even more taxation.

“Maybe we should playback Occupy Flagstaff House, when Ofori-Atta and co went there, the things they said, the economy was being badly run and all that. You come and take charge and then you are doing the same thing that you accused your predecessor of.

“You see how his words have come back to haunt him, so next time when you are talking about someone you have to be careful. Because he said it free, maybe he didn’t anticipate that someday he will be in charge. The incompetence he accused somebody of, he is even doing worse at it,” Kpebu stated.

The E-levy became a sticking point in the 2022 budget approval. The Minority voted to reject the budget principally because of the levy and other issues including the Agyapa deal, the Aker Energy issue and Blekuso Sea defense project.

The Majority later reversed the rejection and voted for its approval.

What Ofori-Atta said about 1.75% levy on electronic transactions

Fees and charges of government services have also been increased by 15%.

The Finance Minister explained, “It is becoming clear there exists an enormous potential to increase tax revenues by bringing into the tax bracket, transactions that could be best defined as being undertaken in the informal economy.

“To safeguard efforts being made to enhance financial inclusion and protect the vulnerable, all transactions that add up to GH¢100 or less per day, which is approximately ¢3000 per month, will be exempt from this levy,” Ofori-Atta revealed.