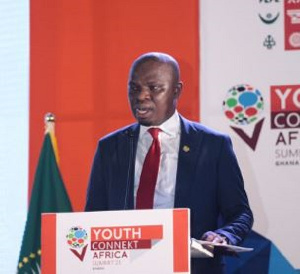 The Minister of Youth and Sports (MoYS) Mustapha Ussif, has urged sportsmen and women to embrace the government’s insurance policy to live a comfortable life after retirement.

According to the Minister, the government’s policy of investing 50 percent of presidential rewards to athletes after international competitions, in insurance schemes would be beneficial to sportsmen.

He made the call when he presented a total of $130,000 as an insurance package to be managed by GLICO for the 26 players of the Black Satellites team that won the Africa U-20 Championship in Mauritania this year.

“Government has put in place a policy where half of the presidential packages to athletes would be invested into insurance packages to take care of their future,” he stated.

That, he said, would help avoid the situation where past athletes become burdens on society after retiring from active sports.

Each player would be entitled to $5,000 as an investment and could voluntarily invest more during their playing days.

“This is a good start and I would urge all sportsmen and women to take advantage of the policy to prepare for a comfortable retirement,” he said.

Athletes, he said, have a very short career lifespan and must begin to invest immediately for their future.

He called on the members of Ghana’s Tokyo 2020 Olympic Games team to consider putting part of their rewards into such investment.