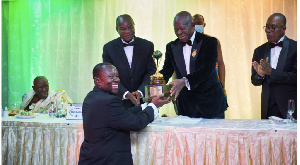 The first day of the competition comprised 12 teams in a four-ball best-ball match play format. The day ended with a landslide victory of 11-01 to the Northern Team. The next and final featured 23 single matches. The first 2 matches were won by the Southern Team and that brought a lot of hope of recovery. This was however short-lived as the Northern Team started winning match after match. In the end, the Northern Team won comfortably by 241⁄2 to 81⁄2. This brought the total scores to 251⁄2 to 91⁄2.

The wide margin however does not tell the full story of competitiveness that ensured that 9 single matches were determined on the 18th holes. A similar number of matches were slightly in favour of the Southern Team players after the first 9 holes and the Northern Team players had to work extra hard to overcome the deficit and turn it into a draw or win. All the 4 ladies (2 from each team) that were paired with men, won their matches. 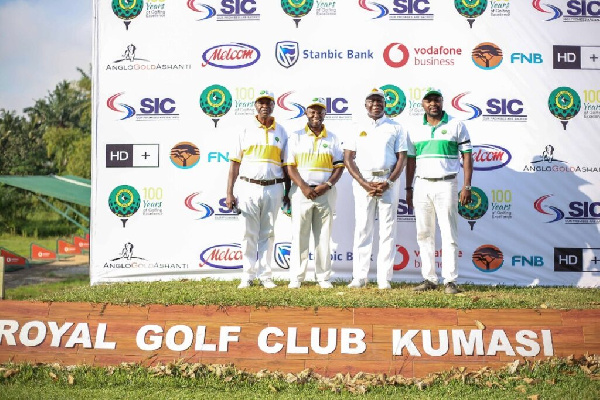 The all-ladies affair between Jenny Le (Southern Team) and Vivian Dick (Northern Team) was keenly contested and won by Vivian on hole 17 (2 and 1). Bernard Dwomoh from the Northern Team recorded the widest margin of the event when he stopped his opponent on hole 10 to return a score of 9 and 8.

Welcoming sponsors, guests, golfers, and past executives to the awards dinner at the Golden Tulip on Saturday evening, Mr Kwasi Attah-Antwi singled out His Royal Majesty for his continued support for golf and the club. He was particularly grateful to the King for his insightful counsel and guidance that has brought the club to the current high standard.

He also acknowledged the contribution of the sponsors of the RGCK Centenary Cup led by SIC Insurance and ably supported by Vodafone, Stanbic Bank, AngloGold Ashanti, Melcom Group, First National Bank and SES Satellites. All Past Executives (Lady Captains, Captains and Presidents) were honoured for the leadership roles over the years. The last non-competition award of the evening went to Mr Sam K. Appiah, who was crowned the “Golfer of The Century”.

Mr George Boateng, Past President and member of the RGCK Centenary celebration organising sub-committee recounted the discovery of an old President Putter 4 years ago that clearly showed the hosting of the first event in 1921. He used the occasion to thank the Chairman, Prof Bernard Baiden and other members; Messrs Adrian Dand, Mark Tweneboah Asiamah, Bismark Ntiedu Dapaah, Frank Boadu and Ernest Sarhene for their hard work and foresight in putting together a great and memorable event to celebrate 100 years of golfing excellence at the Royal Golf Club, Kumasi.

At the prize presentation ceremony later in the evening, all 24 players, Vice-Captain and Captain from the Southern Team were given special runner-up plaques for their efforts in such a historic event. This was followed by the presentation of winners’ plaques to the 24 members of the Northern Team, Vice-Captain and Captain. Prof Bernard Baiden then received the winning trophy from His Royal Majesty Otumfuo Osei Tutu II to crown the efforts of the Northern Team.

In His closing remarks, HRM Otumfuo Osei Tutu II presented a brief historical perspective that pointed to the 100 years milestone of the club. His Royal Majesty called for close collaboration between the past executives and the current management.

He charged both parties to work towards the common good of the club. He also expressed his appreciation for the current excellent playing condition of the golf course. MRM thanked all the sponsors for their support and encouraged other corporate institutions to do same.

He finally pledged his support in the efforts towards the construction of a new clubhouse that befits a 100-year-old golf club.