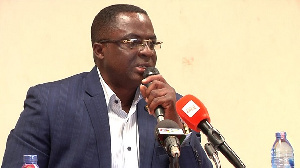 The President of the Ghana Olympics Association, Ben Nunoo Mensah believes postponing the 2020 Tokyo Olympic games is an opportunity for the Sports Ministry to invest in athletes who have earned qualification to the games.

The GOC President lamented that athletes had to suffer to qualify to the Olympics Games on their own without any support from government’s Sports Ministry.

In a recent interview monitored by Ghanaweb, Mr Nunoo Mensah welcomed the bid to postpone the games noting that it would rather serve as an opportunity to bid for sponsorship from the Sports Minister, Isaac Asiamah so that the athletes can camp and prep in Cuba ahead of the games in 2021.

“There’s a bit of advantage to a country like Ghana. It is now time that I can go to Hon. Asiamah and say these are the young boys and girls who have suffered on their own with a bit of help from the GOC to qualify,” Ben Nunoo Mensah said.

He added, “We as a nation did not invest in their training, so can we now go and find money because it’s about time that we go and camp in Cuba because when it comes to amateur boxing they are the best in the world. So Honourable Minister can we now find some money since you were not able to help them but they secured qualification on their own?”

Earlier this week, the International Olympic Committee (IOC), announced the postponement of the 2020 Olympic games for a later date following the outbreak of the Coronavirus. Although a new date was not indicated, the IOC stated that it wouldn’t be later that the summer of 2021.