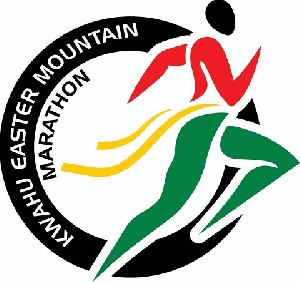 The third edition of the Kwahu Easter Marathon (KEM), has officially been launched at the MJ Grand Hotel at East Legon, in Accra on Tuesday, February 25, 2020.

The 21-kilometer race marathon organised by Medivent Consult in conjunction with the Kwahu Tradition Council (KTC) is set for April 11, 2020.

Mr. William D. Ezah, Project Manager at Medivent Consult revealed that the third edition of the marathon would see major improvements in cash prizes awarded as well as massive participation expected in this year’s race.

“We are hoping to be one of the major marathons in the country and indeed on the international level, as we seek to unearth and develop talents,” he said

Nana Obeng Akrofi Darte I, Mpraeso Baamuhene of KTC, who launched the event said, said the desire to promote sports tourism in Kwahu with the marathon and also gives the Kwahu Easter celebration a good and positive image.

He urged sponsors to come on board to support the course and was hopeful that the marathon in the coming year would become a big event on the sporting calendar.

Mr. Bawah Fuseini, General Secretary of the Ghana Athletics Association (GAA), in his remarks was elated with improved nature of the marathon and remained hopeful that it would receive recognition by IAAF in the coming years.

The winner of the 2020 Marathon will be flown by ASKY, a sponsor of this year’s event, to South Africa for an international Marathon later this year to boost his/her capabilities.