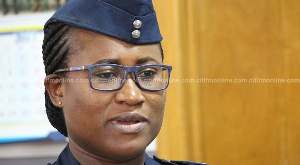 The Dansoman Divisional and the Korle Bu District Commands have in separate operations impounded 190 motor bikes and 14 tricycles after arresting their riders as part of the fight against street robberies.

The action follows frequent reports by victims of crimes involving such vehicles, as well as the riders’ disregard for traffic regulations.

The Deputy Superintendent of Police (DSP) Effia Tenge, the Head of Public Affairs Unit of the Accra Regional Police Command, who briefed the media, in Accra, said the two operations were carried out on Sunday, February 23 and Monday, February 24.

The riders, who were arrested for various offences, would be arraigned after investigations, she said.

The arrests form part of the “Operation Absolute Sanity” exercise, launched to fight street robberies through the clamping down of motorbikes and associated crimes in the Accra Metropolis.

DSP Tenge said 105 motorcycles were impounded in the Dansoman operation, which was undertaken at 0600 hours.

In the Korle Bu Operation, carried at 0530 hours and 1130 hours, 85 motorbikes and 14 tricycles were impounded.

In another development, the Baatsona Divisional Police Command also on Monday, February 24, at about 1200 hours, received information that a group of unidentified individuals were engaging in narcotic drug-related activities in an apartment at Baatsona, Spintex Road.

A team of personnel was quickly deployed to the scene where they discovered 119 small sachets and three big sachets of dried leaves suspected to be Cannabis Sativa, a narcotics drug, she said.

DSP Tenge said in addition, the team retrieved 51 wraps of whitish rocky substances suspected to be narcotic drugs with some quantity of empty small rubber sachets and 35 packets of rizzler.

There were also three pairs of scissors and three small scales, suspected to be items used in processing narcotic drugs, she said.

The items have been kept as exhibits for investigation; whilst efforts are underway to track down the occupants of the said room to bring them to book.

The Police would continue the exercise to prevent, minimise and eliminate criminal activities.