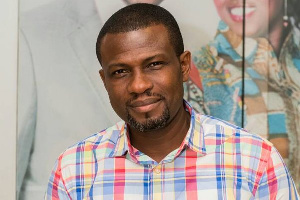 Mark Okraku Mantey has said his biggest achievement as president of the Creative Arts Council is being a voice for the sector and ably representing it in government.

In March 2017, the Minister for Tourism, Arts and Culture appointed the Hitz FM Programmes Manager to head a three-member Creative Arts Council.

Mr Okraku Mantey’s topmost priority as president of the council was to see to the revision, ratification and implementation of the Creative Arts Bill and its passage into Law.

“My biggest achievement is the fact that now, the creative arts industry has one leg in governance. Now, we’ve been able to push the council to an agency. We’re going to push to pass the bill,” he said on Hitz FM’s morning show Daybreak Hitz, Monday.

Okraku Mantey further mentioned that the inauguration of the National Film Authority, whose function is to supervise an economically, self-sustaining and culturally conscious film industry in the country, cannot be overlooked.

He said: “The film people now have a board. It wasn’t there until December… All these things, we were not sleeping to have them done”.

President Akufo-Addo during the 2019 State of the Nation Address announced his government had completed work on the Creative Arts Bill for passage into law.

While delivering his 4th State of the Nation Address few days ago, the President re-echoed plans for the bill saying: “The Creative Arts Industry Bill has been presented to Cabinet for consideration, and, once passed by Parliament, the Act will establish the Creative Arts Fund and an agency to promote the industry.”

The Creative Arts Bill, when passed into law, will also serve as a legal instrument that will help in coordinating and regulating all the sects of the creative arts.

A lot needs to be done – Dr Cann

Radio presenter with Happy FM Dr Cann who was part of the Creative Arts for Change – a body of creative arts persons who campaigned for the New Patriotic Party – seems not impressed with the performance of the government.

Making a submission on the show, Dr Cann said: “With the creative arts, a lot needs to be done considering the manifesto promises. Where I sit as entertainment presenter is a bit problematic. The earlier they do something about it, the better… Very soon campaign is going to start. When you come to us, what are you going to tell us again? You know where I stand, it’s an open secret, I’m not comfortable.”