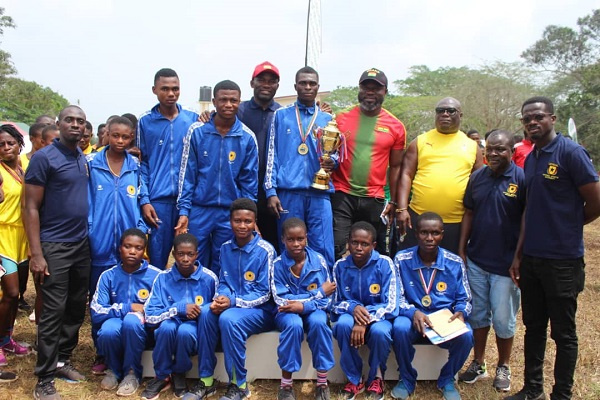 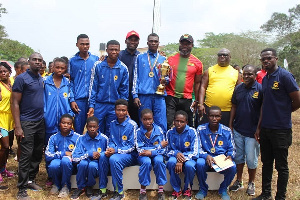 This year’s National Cross Country took place at Ajumako in the central region on Saturday, 22nd February, 2020. With the exception of Bono East, Western North and North east regions the other thirteen regions took part in the event with each region presenting at least eight male and female teams.

This event brought domestic activities in the area to a standstill. The event which covered a distance of about 10km kicked 0ff at the Mando Methodist school park and ended at the University of Education, Winneba Ajumaku campus.

The male event started at exactly 7:30am with the female event following after twenty minutes. In the male event, Mohamed Aziz from the central region emerged the winner whiles Basit Afful and Malik Yakubu from the central and Ashanti regions also emerging as first and second runner ups respectively.

Interestingly Malik Yakubu won the male event during the 2019 edition of the National Cross Country event that took place in Mporhor, in the western region.

The best male and female athletes took home cash prices of two thousand Ghana cedis each while the first and second runner ups also received thousand and five hundred Ghana cedis respectively. They each received copies of the book “Rising from the Farmhouse” authored by Prof. Peter Twumasi, the Director General of the National Sports Authority.

Dignitaries who graced the occasion include the Board Chairman of the National Sports Authority, Hon. Kwadjo Baa Agyemang, who stood in for the Minister of Youth and Sports, the DCE of the Ajumako, Enyan, Asiam District, Hon. Ransford Nyarko, Prof. Peter Twumasi, Director General of the National Sports Authority (NSA), a representative of the Omanhene of the Ajumako traditional area, Dr. John Kofi Mensah, Managing Director of the Agricultural Development Bank, Prof. Henry Pufa of the University of Education, Winneba, Nana Yaw Sarkordie I, a board member of NSA, Bishop I.K. Quansah among others.

They all took turns to deliver speeches to advice the youth on the need to take up sports in order to stay healthy whiles pursuing their academic programmes. Sponsors of the event were the Agricultural Development Bank, Ghana Gas Company Limited, the Ministry of Youth and Sports and the National Sports Authority. 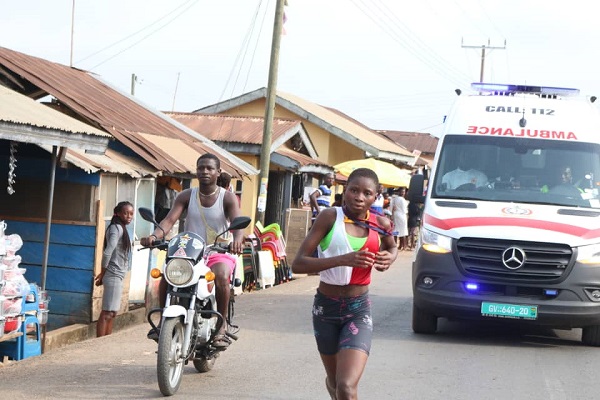