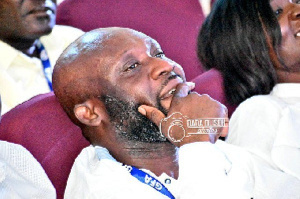 Afriyie, who suffered a second round defeat in last year’s poll, in statement circulating on social media felt Okraku’s use of the word ‘enemy’ to justify why he is appointing close friends into position is unguarded.

“I’m not in a position to advise George Afriyie as to what to say, but I believe that the GFA President Kurt Okraku has not been against anybody, even people who contested him for the presidency he has given them positions,” Twum told Kumasi-based Fox FM.

“I think if George Afriyie thought much about the appointments of Kurt Okraku I don’t think he would have released that statement.

“He is entitled to his opinion, but I think his release could have been avoided.”