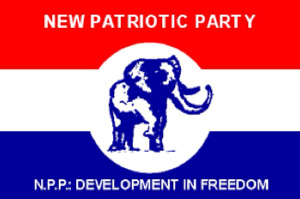 The parliamentary ambition of Mr. Kwasi Amofa Agyemang hangs in the balance as the constituency Chairman for Bekwai in the Ashanti Region, Adu Gyamfi Patrick, has petitioned the National Chairman of the New Patriotic Party (NPP), Freddie Blay against his candidature.

In the petition copied to the General Secretary, Regional Chairman and Regional Secretary respectively and sighted by MyNewsGh.com, the NPP avers that the ability of the embattled candidate to obtain nomination forms comes as a surprise to them.

It reads in part “I write to present the Constituency Executive Committee’s petition on Mr. Kwasi Amofa Agyemang who has been given NPP Parliamentary Application forms.

The petition is as follows; 1. Applicant is not a member of NPP in the Bekwal Constituency of Ashanti Region so he is not entitled to Apply for and obtain a nomination form.

In accordance with Article 3 (D) (III) the right to contest for any office within the Party is reserved for only members of the party not just any Applicant.

The Constituency Executive Committee In September 2019 invited Mr. Kwasi Amofa Agyemang and after a short interaction pointed out to him that he Is not a member of the party in the Bekwal Constituency and as such if he so wishes to become a member he should purge himself according to Article 3 (a) (2) of the NPP Constitution.