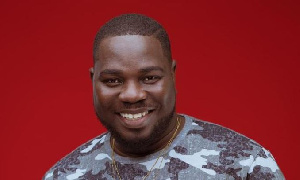 Ghanaian musician, Stay Jay is set to embark on a Senior High School tour to fight against indecency and teenage pregnancy.

The awareness campaign will take him to most Senior High Schools in the country starting from his home and Alma matter in Tema where he will re-echo the dangers of indecency and the need to avoid them.

According to the multiple hit maker, the public and media not talking about the alarming rate of indecency among children of school-going-age does not normalize it.

Stay Jay in his new song, ‘Sixteen years’ featuring Medikal partially addressed the issue passionately and looking forward to address more substantive ones when he commence the campaign in few months.

Road map of the campaign will later be announced via his social median platforms to enable benevolent and resourced individuals to join shape the next generate.