Courage Nyamekye Arko known by his stage name as Yaw Spoky has released a new single entitled ‘How Great Thou Art’.

The ‘single’ is an inspirational song which is expected to be a source of hope to all believers especially in times of trouble.

In an interview with GNA Entertainment, Yaw Spoky who doubles as a producer, revealed that this genre of music is actually a hymn and was inspired by the works of God in his personal life.

“It’s actually a hymn. I love it so much that. God gave me another tune to it. it’s a source of hope to the believer that whenever you are down just consider the wonders of God,” he stated.

The young music sensation who also spearheads the Orakle Entertainment outfit, reiterated the need for believers to refocus on listening to original gospel music, which would impact their spiritual life.

“It’s a hymn that was written so many years ago. This is what the gospel industry needs right now.”

Yaw Spoky added that, he would release his first album in November 2018 and urged Ghanaian to expect something different with his genre of music. 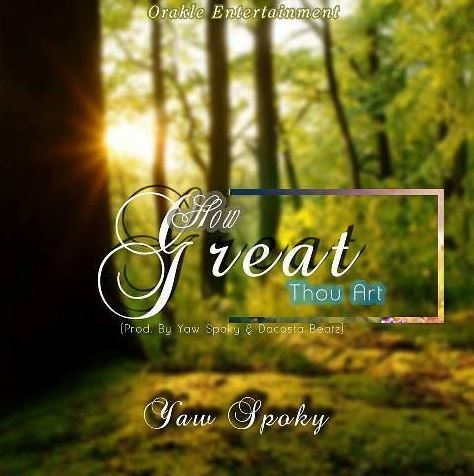